"Buying" Coupons, How to tell if they're fake 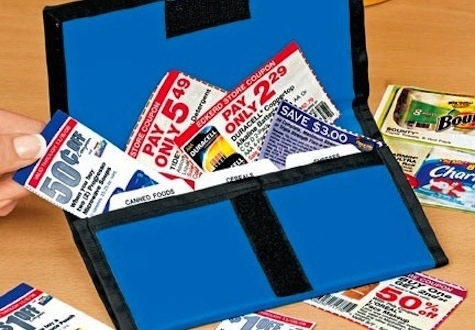 This is a touchy subject for all couponers. Either you're against it or with it, about "buying" coupons. Now of course they all advertise "You're not buying the coupon, just for the time it took me to collect, clip, and mail the coupon" So recently I had purchased some coupons online, yes I got some LOVER deals...and some weren't so Fantastical...


Now the downfall. So I bought two coupons for name brand toilet paper (on ebay), this guy had some good feedback, all positive with a 78 next to his name, perfect. He had about 3 other listings for the same deal. Two free Coupons of  TP (my stock is running low) Amazing! All his listings had the same picture of the TP, whatever sellers do that all the time when they have bulk. Well I'm a smart couponer and have been doing this for YEARS and pretty much know the legal system of it and never break the coupon laws so I don't ruin it for everyone and why would I risk a small stupid coupon on my frequent stores not accepting coupons??? Ok so back to my point. I get the coupons today, they're so copied!

How Can I tell these are SOoooo copied???
-Both have the same upc numbers as the one in the picture? weird....
-Both DO NOT have anything printed on the back, sometimes common, but not always when they come from BIG companies like the one I bought from
-The paper is not the normal coupon paper material, very cheap feeling
-There is usually a shiny bar on them (not all of them), which this one showed in the listing (having a shiny logo bar), but on the physical coupon, there's no special strip like the picture and you can tell it's copied since the "strip" is green and black, not shiny
-You can tell the difference between a commercial machine and one from home
-The logo is even blurry.
-The cheap paper sticks together when wet, like cheap photo paper...

So what the heck do I do now?? Ah hello, I'm The Coupon Lover, and I'm a rule follower... I emailed the TP company, filed a dispute through ebay, filed a dispute through paypal, and of course left him negative feedback. That's as crazy as I can get...I am not going to beat myself up and stress about this, I'll let the big dogs handle it from here.

Now I am sure you all want to know this users screen name. I can't give it away. That would be mean.
Please just be careful of what you're buying. If a seller has mutiple of the exact same items, it's probably fake. I will NOT use them. If you ask me for them, I'll say no because it's not the right thing to do... So please be careful if you ever do plan to "buy" "trade" coupons with anyone. If you think you want to use a copied, fake, reprinted coupon, think of how you would feel if you were the person on the other end who got a fake one that you would be out of that money. And then your local store no longer accepting coupons and giving you a more harder time for using any coupons because of those issues....